The 19th century saw enormous industrial growth in Chesterfield and surrounding areas, including Brampton. Population growth was on a scale never previously seen. All with a transport infrastructure largely unchanged for generations.

The 1840’s saw the arrival of the Midland main line railway which linked the area with major markets throughout the country and beyond. Industrial production remained limited though, by the lack of an effective and reliable local transport network capable of carrying the enormous quantities of goods produced and consumed. Road transport was limited by the type of vehicles available, still horse drawn and therefore unable to move heavy or bulky goods rapidly and in the quantities required.

By the 1860’s, industrial leaders were discussing the need for a local rail network linked to the new and successful main line.

Proposals were developed and the necessary Act of Parliament was passed in 1870. The Act provided for the creation of a company to build and manage the proposed rail and tramways, together with associated stations, roads etc. The Act also allowed for the provision of rail lines to the Gas Works, Brampton Brewery Co. and to George Elliot’s corn mill. The new company was given powers to (compulsorily) purchase property required for the construction, and to alter the existing network of roads, canals and rivers as necessary. Finally, they had the power to levy charges for the use of the new rail and tramways.

The proposals had been developed by Ralph W Jackson, proprietor of the New Brampton Collieries, which were of course also to be served by the new network.

The lines opened in June 1873, with the first train running from the Midland Line to the Brampton collieries.

Without these lines, Brampton would never have achieved it’s great industrial success. For several decades they were highly successful.. And yet by the early 1960’s the network was closed and largely demolished. Today there are few visible signs that such extensive transport networks ever existed.

This short description of the local rail network and it’s all too brief history needs further detail. 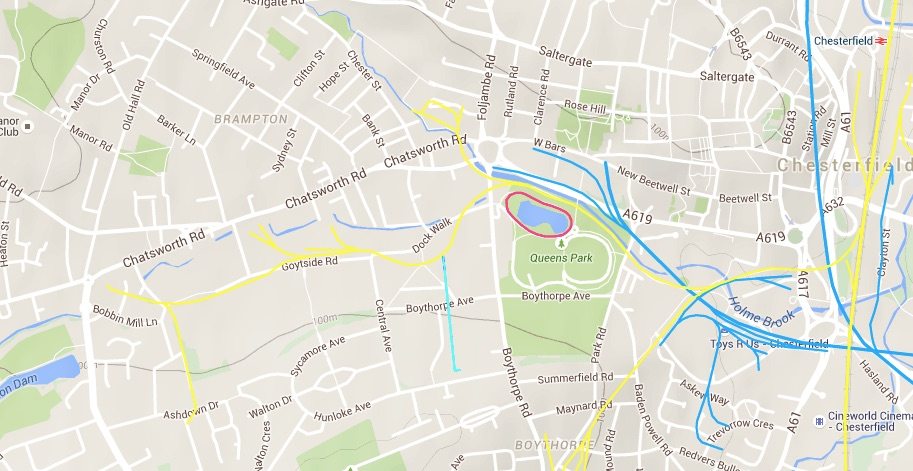 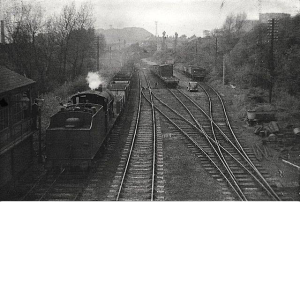 Taken sometime in the 1950's, this shows the line serving... 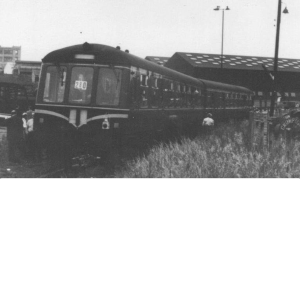 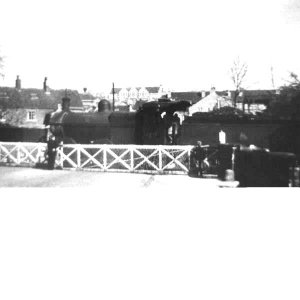 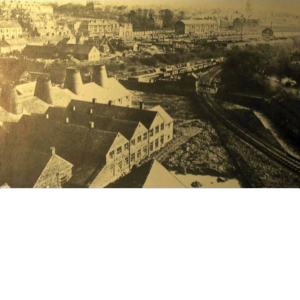 The branch line as it passed the potteries. 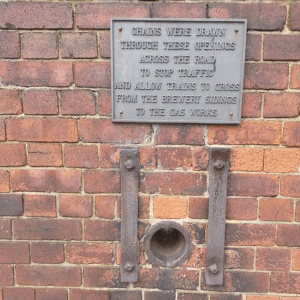 Gasworks branch crossing, Chatsworth Rd. Can still be seen on... 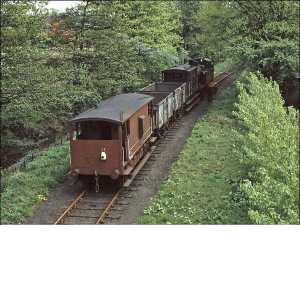 This colour image shows a heritage train using the gas...